A Weekend at the Bluebell Railway (Or, how the Diehards lost Queen Victoria) 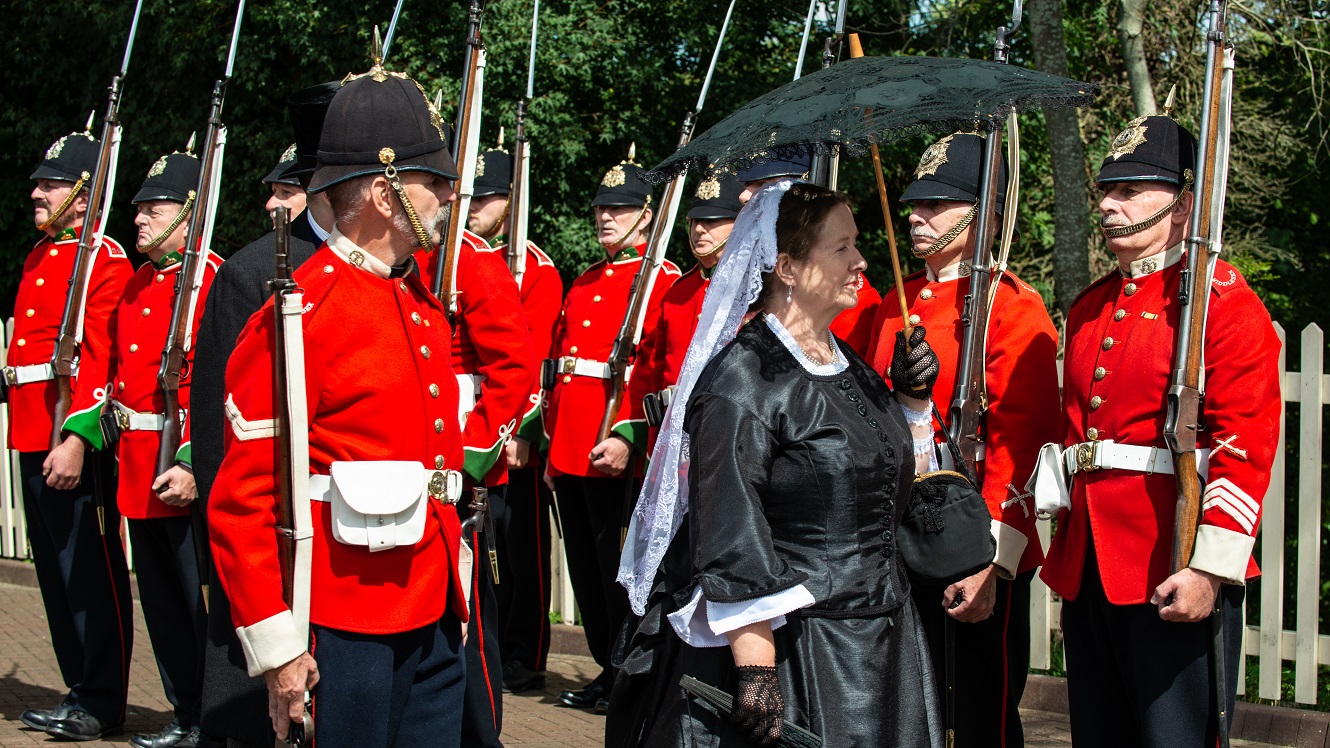 Diehards were active over the weekend of 11/12 August 2018, lending support to Richard Hunt’s group at the Bluebell Railway in Sussex. The initial plan was to strengthen Richard’s squad (who were badged as the 24th in Home Service) to assist with meeting Queen Victoria who would be arriving at Sheffield Park Station by train. With Steve Goodridge and Phil and Barry Hope joining me though, we had enough Diehards to work as a separate detail. 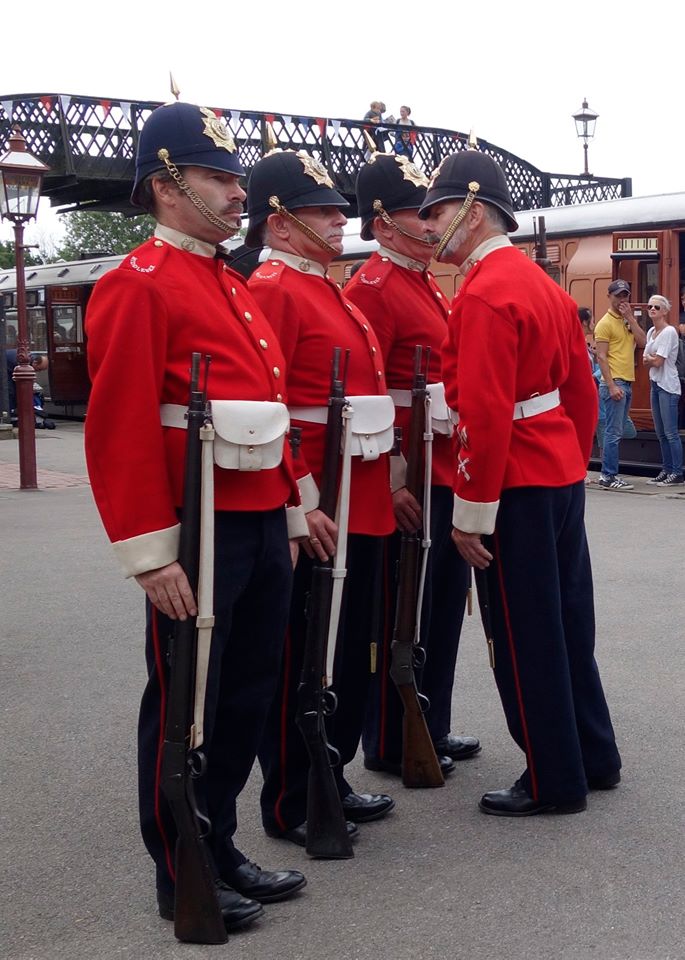 The Middlesex formed HM’s armed escort for the first show of the day, arriving with her on the train and the 24th met the party on arrival at the station to Present Arms and be inspected. 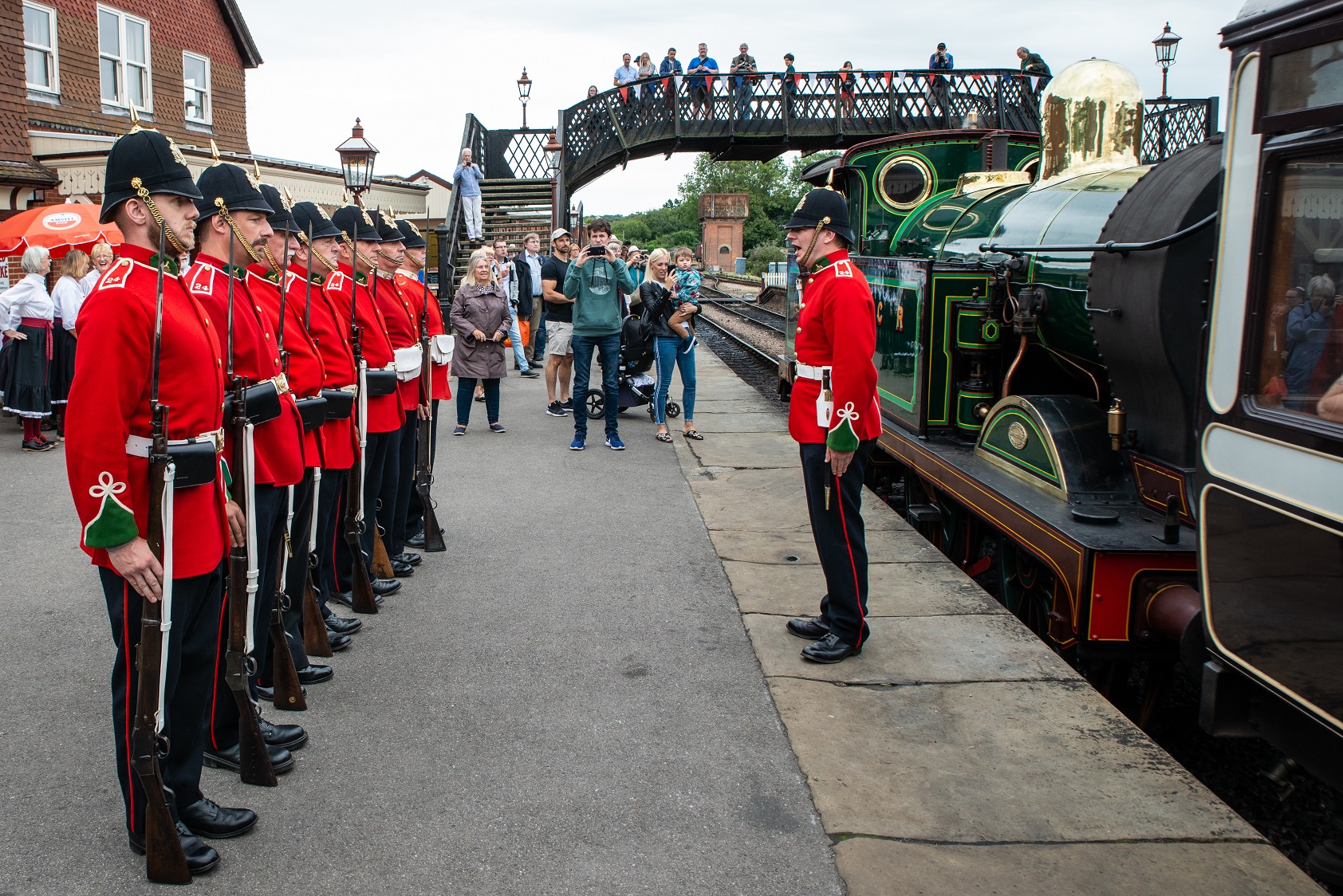 The Railway Station (Sheffield Park) is a beautifully presented example of a Victorian station, and the staff were in very smart period uniform. Other Victorian ‘strollers’, who were quite numerous included a Postman, representatives of the local fire service and Richard who was coordinating it all was splendidly attired in a morning suit and top hat. 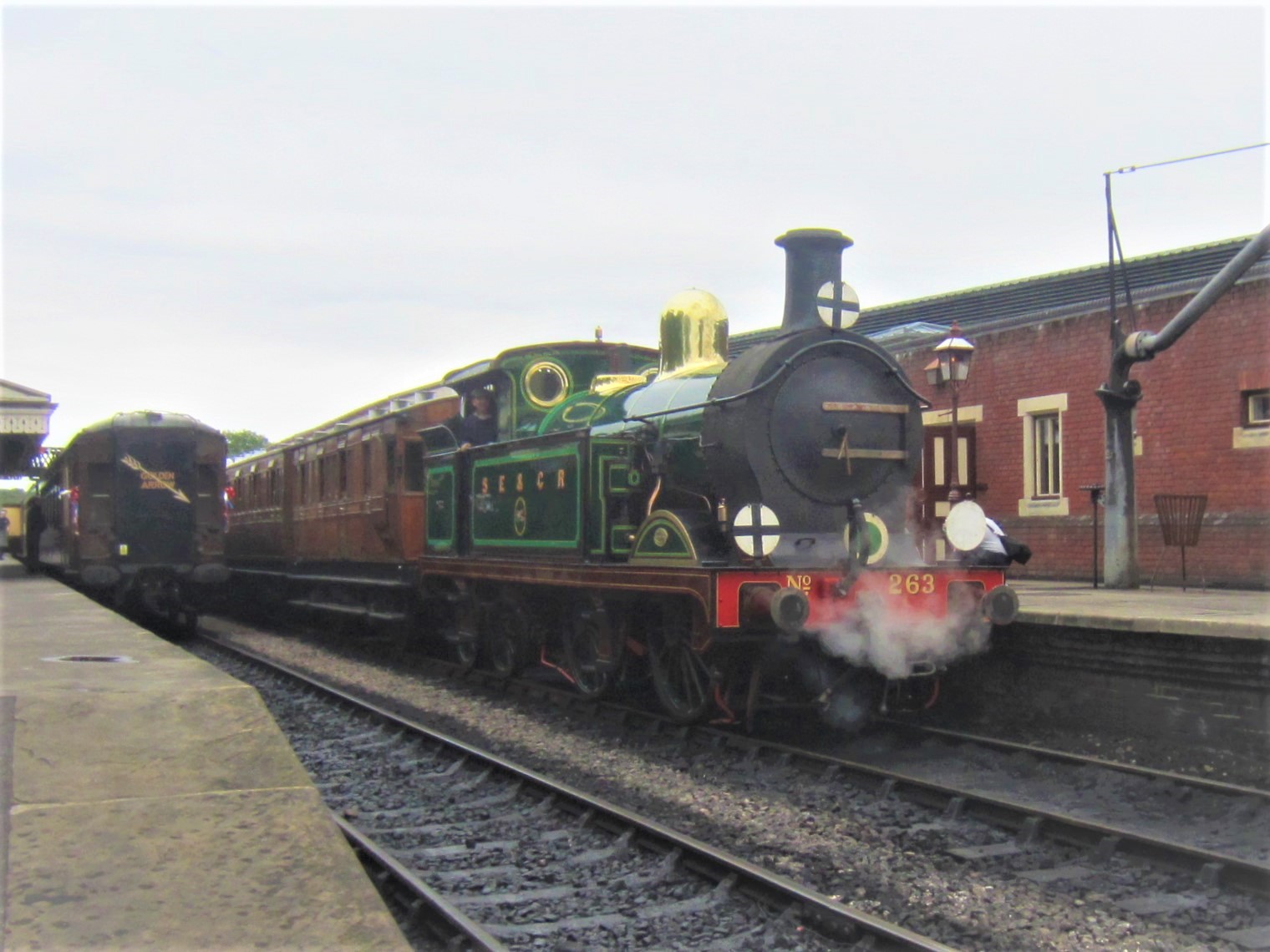 There were two ’performances’ each day and these involved some challenging logistics, for the Queen and her escort had first to be got away from Sheffield Park, in order for them to then ‘arrive’. The railway had two trains running, a 1950s formation and a beautiful Victorian train. The plan was for the Royal party to be quietly escorted on to the ‘modern’ train which would set off to the next station. Once here, the escort would alight, collect the Royal party (or so we thought) and board the waiting Victorian train, to return to the reception at Sheffield Park. Unfortunately HM had other ideas, and made her own way from the first train to the second before we reached their compartment. Thus the Diehards had in the confusion of a busy railway station managed to lose Queen Victoria, and were momentarily faced with the spectre of returning to Sheffield Park empty handed. Fortunately after a quick recce Cpl Goodridge established what had happened and the red faced escort boarded the return train (appropriately enough riding in the Guard’s van). 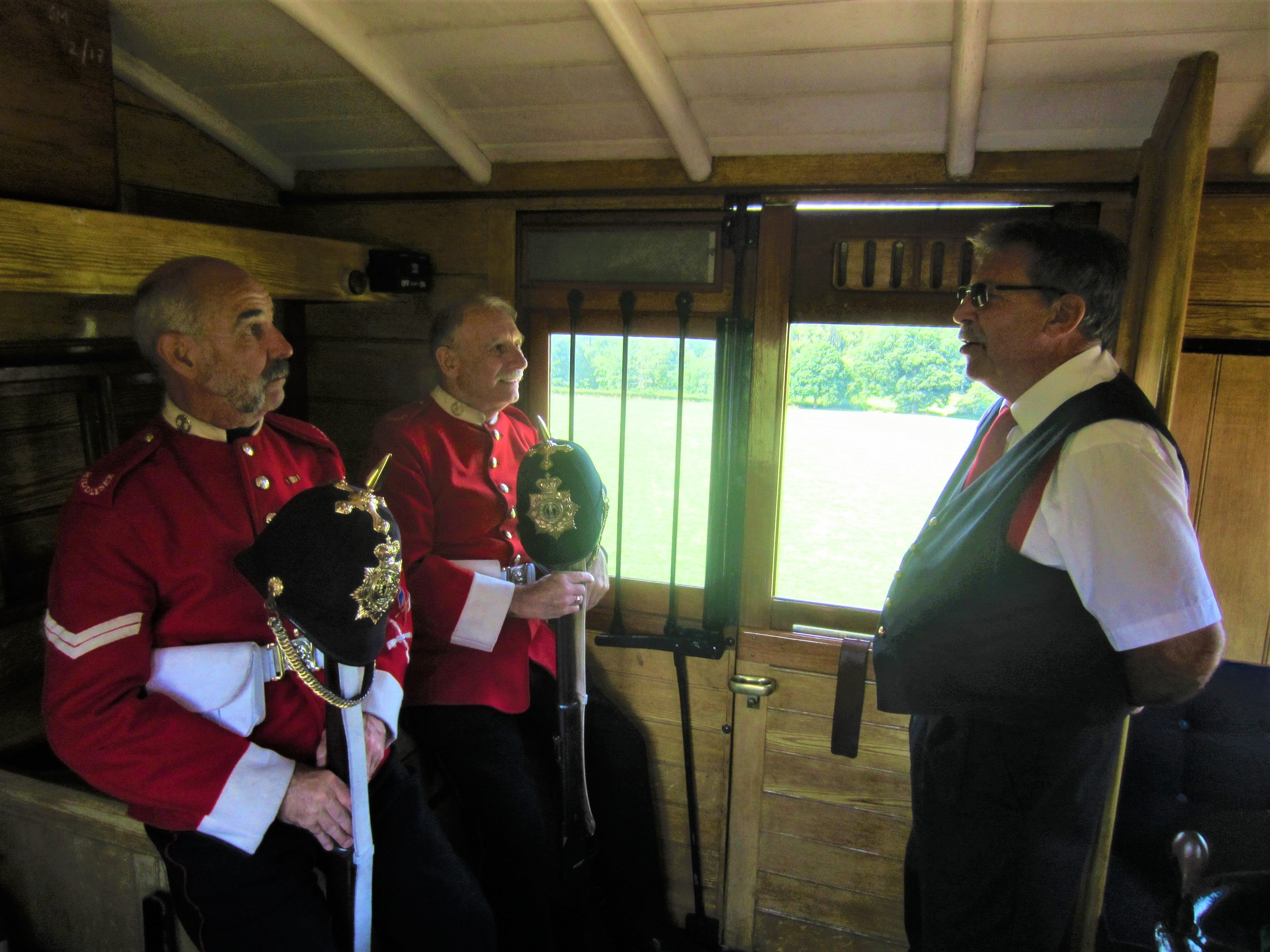 The arrival back at Sheffield Park went much better. The escort detail was in place as Queen Victoria, the Prince of Wales and their attendants alighted, and seamlessly took the party to the reception in the Station. With the party safely behind closed doors, the escort then fell in alongside the 24th, ready to be inspected. 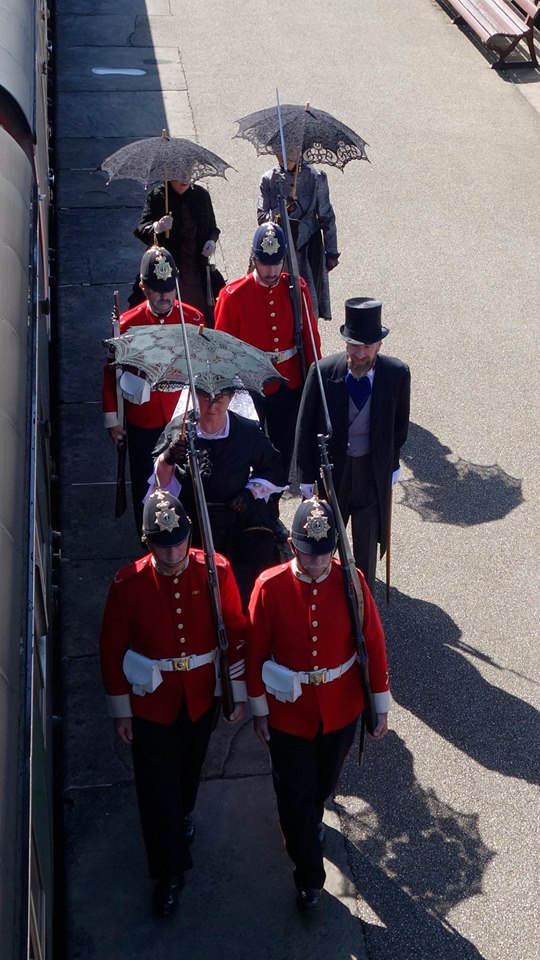 For the afternoon performance, the Diehards swapped with four of the 24th for escort duty. Any amusement the 24th may have taken from our losing Queen in the morning was short lived for they did exactly the same, as L/Cpl Blunt was forced to admit upon their return.

By now the station was crowded with visitors and the whole spectacle very well received, with countless enquiries about the Victorian Army, our rifles and uniforms and about re-enactment generally. 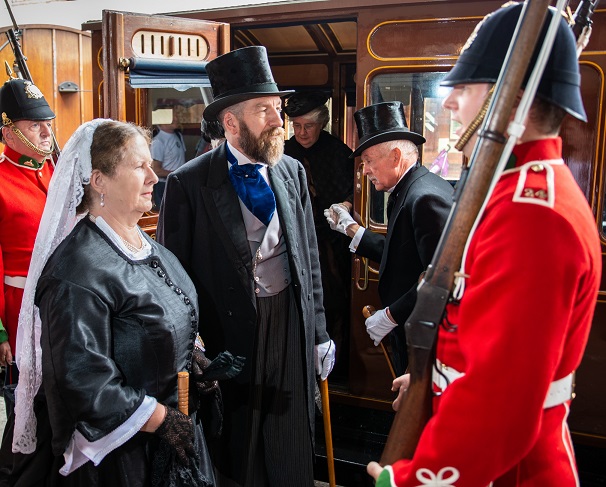 Sunday arrived, with pleasant sun instead of the forecast rain, and the whole business began again. This time the outbound train left from the platform with the Victorian strollers on, and visible to the public. The Diehards en-trained for the first departure, and lining the open windows of the carriage we waved frantically to the cheering Victorians as we left, Cpl Goodridge shouted to all that we were off to South Africa. Waving his cane, Richard’s top-hatted Toff replied “Give Hell to the Boers Lads!” 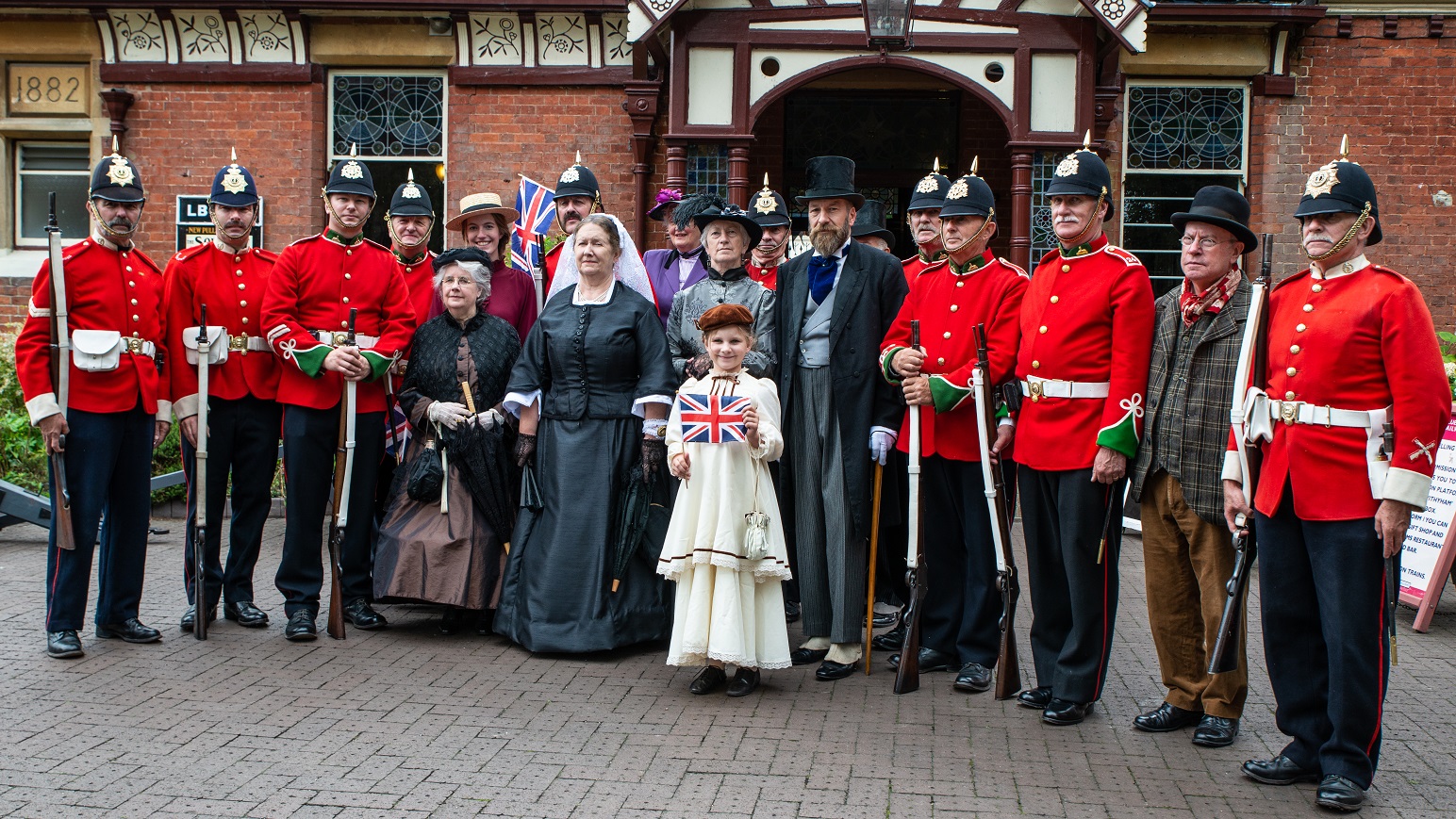 On our return, rather than an extended line of soldiers along the platform meeting the Queen as we’d done before, the 24th was concentrated in close order at the point she disembarked, in a concentration of red and what an impressive spectacle it made. One of those moments where you felt you were in a time bubble or on a film set.

The final show of the day had an escort of two Diehards and two 24th, nicely symbolic of the spirit of close cooperation that had marked the weekend. 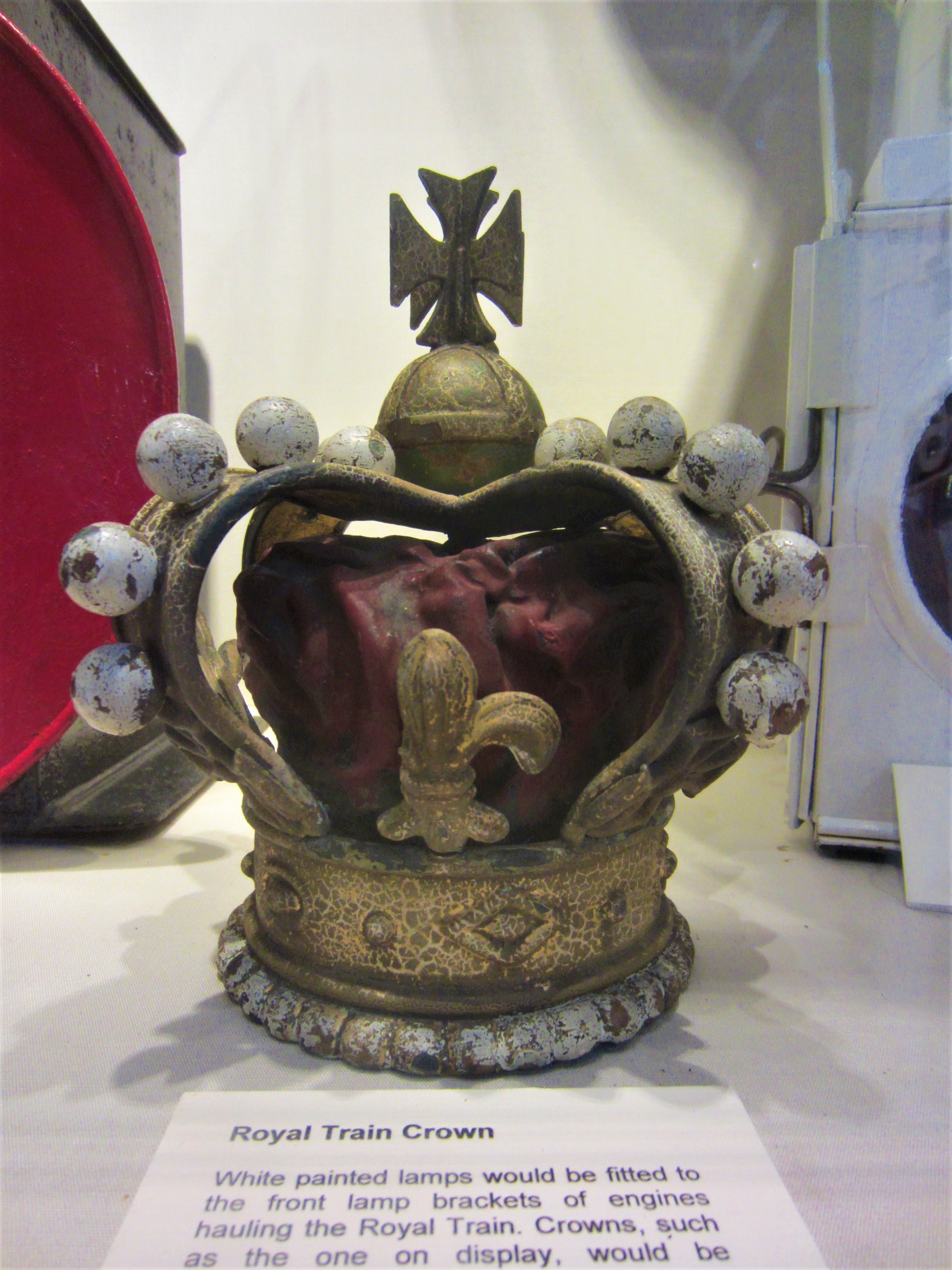 With official duties over, the Diehards commandeered the vintage train, and with the assistance of two lovely Victorian ladies and one of the station staff to take pictures, created a slightly more authentic version of the morning’s departure for South Africa for the photo files. 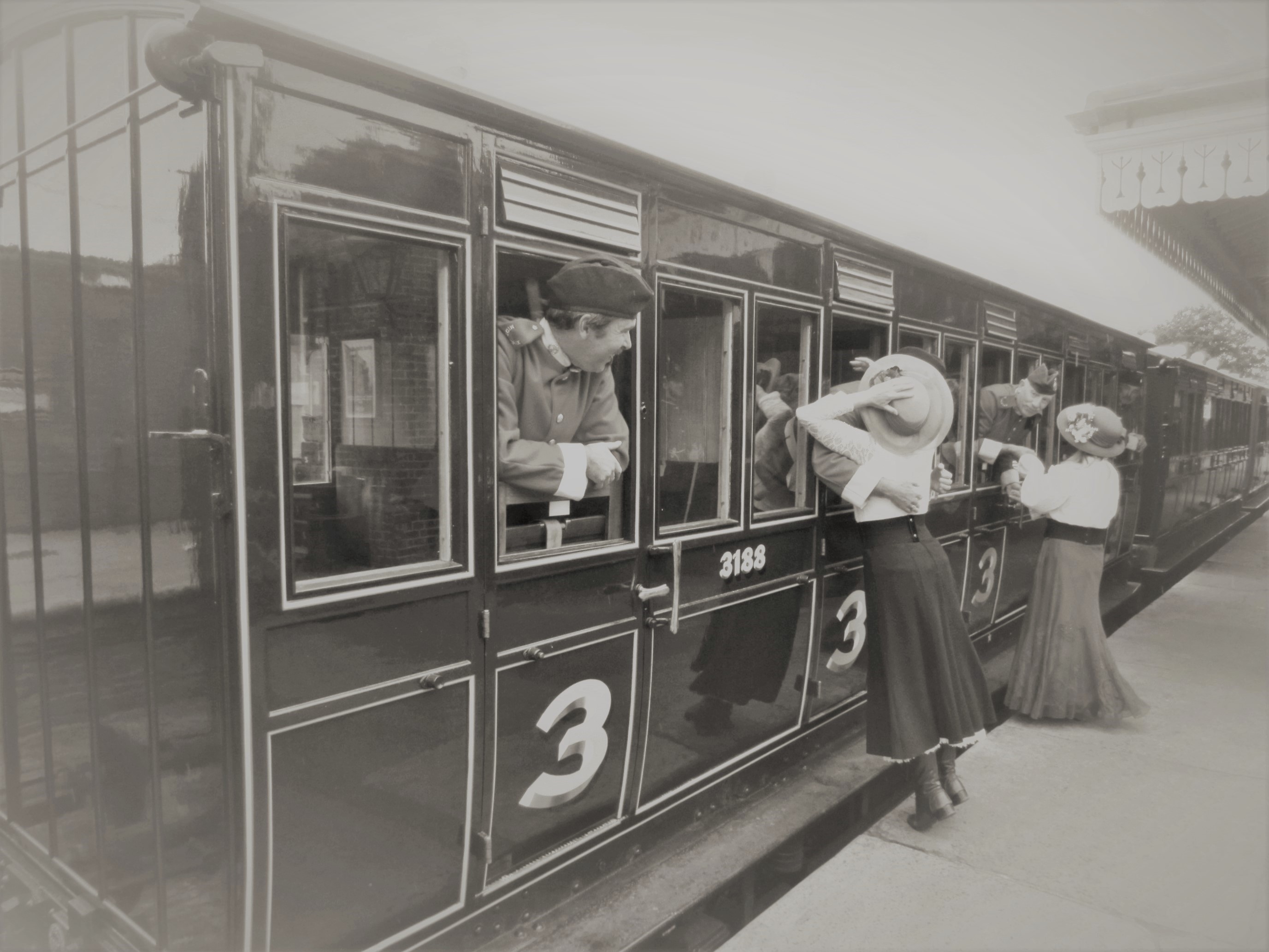 Our thanks go to Richard and Christine, and all of those who made us most welcome over what was a most memorable weekend. 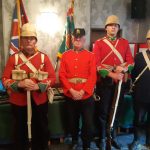 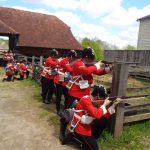